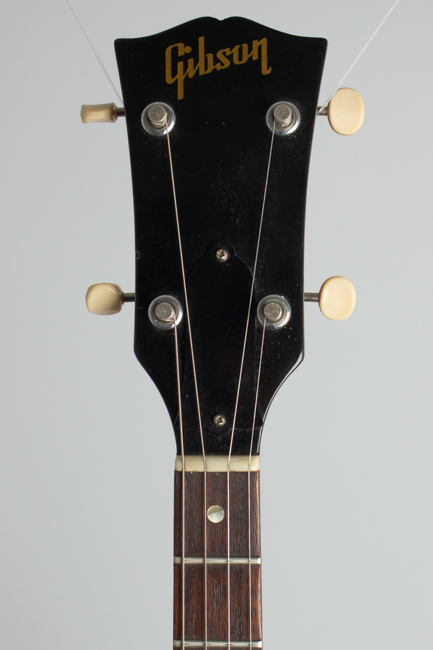 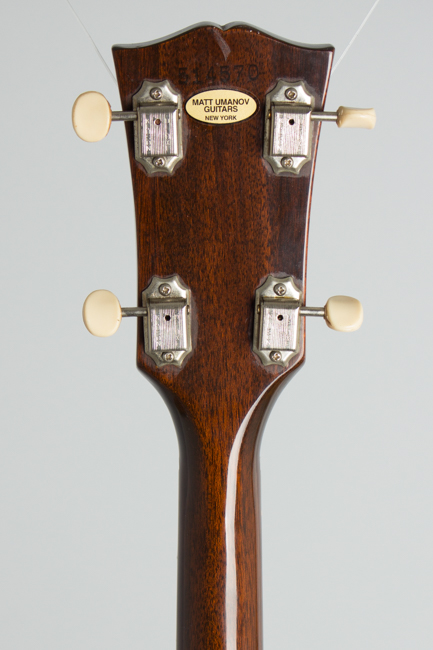 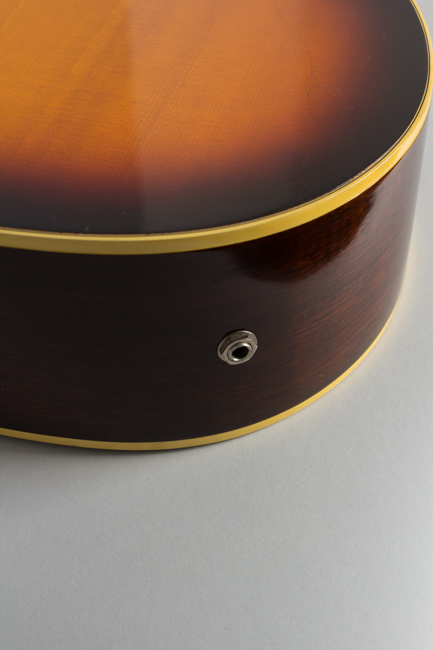 This 1965 Gibson TG-25 flat-top tenor guitar was shipped out in 1965 just as the last strains of the "folk era" were being drowned out by the arrival of the Beatles and all that followed. It was likely was soon put aside instead of becoming part of some serendipity singing group, and looks to have been very little played in the years since. Tenor guitars in general disappeared in the later 1960's, but have had something of a re-discovery over the last 20 years or so.

This is actually a relatively rare guitar -- only 41 sunburst finish TG-21's were sold in 1965. This example has a darker sunburst hue than most 1965 Gibson flat tops which usually show the brighter "cherry burst" coloring and is a classy little guitar. It it set up with a period soundhole mounted DeArmond tenor pickup (an uncommon find in itself) with a jack in the side and sounds very nice both plugged and unplugged. If you've been looking for a vintage acoustic/electric tenor guitar, this is an excellent choice.

This guitar shows very little wear but likely got pretty dry over the years as it sat around for 50 or so years unplayed, so there are some repairs. The sunburst finish on the top shows very strong unfaded color and overall the lacquer has only very light wear, with some small dings and handling marks. There are several repaired spruce grain cracks to the top, neatly sealed and cleated with no added finish. The celluloid pickguard has been replaced with a replica -- the original likely was suffering celluloid aging issues and either shrinking and/or outgassing.

Everything else appears original except for the added jack hole in the side. The DeArmond pickup sounds excellent and while this is a good-sounding tenor acoustically it now really shines plugged in. It comes in a newer hard case (it almost certainly came originally housed in cardboard), and is ready to (finally!) make some music. Excellent Condition.
×