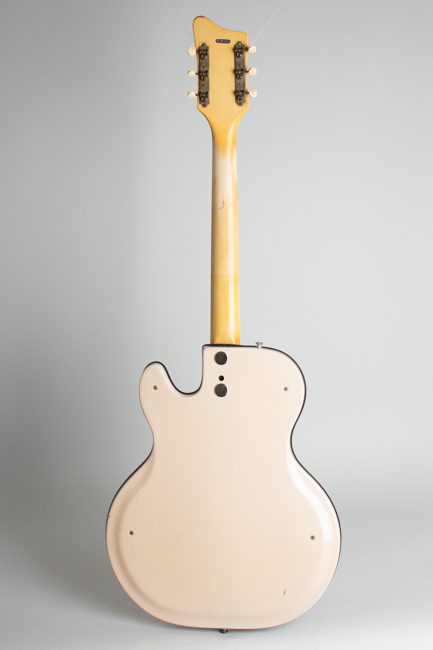 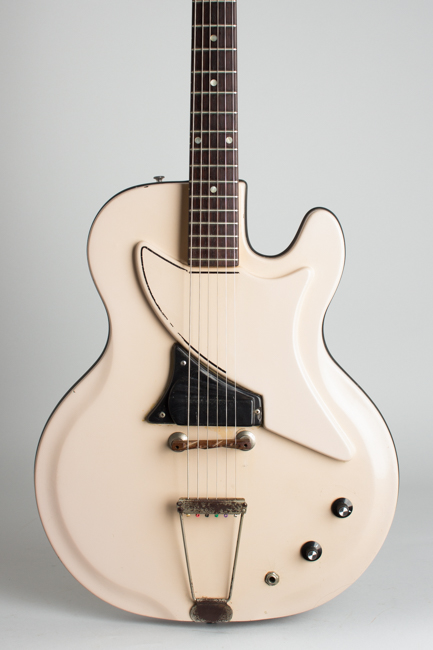 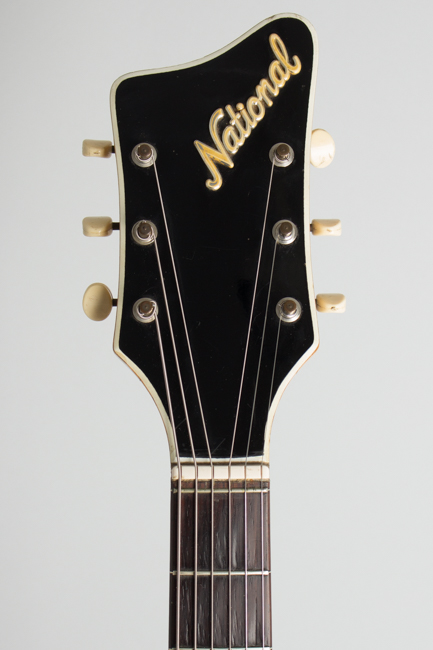 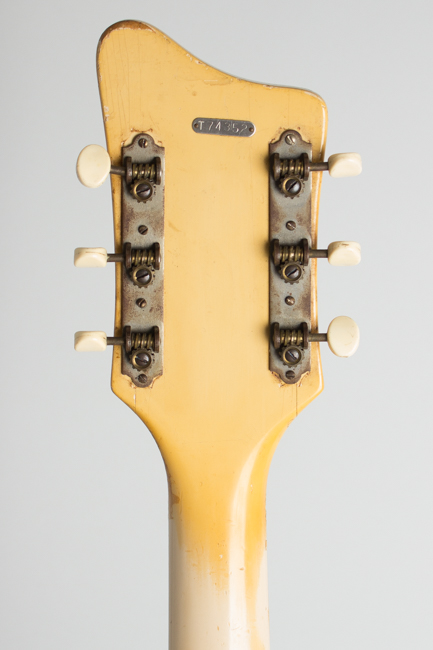 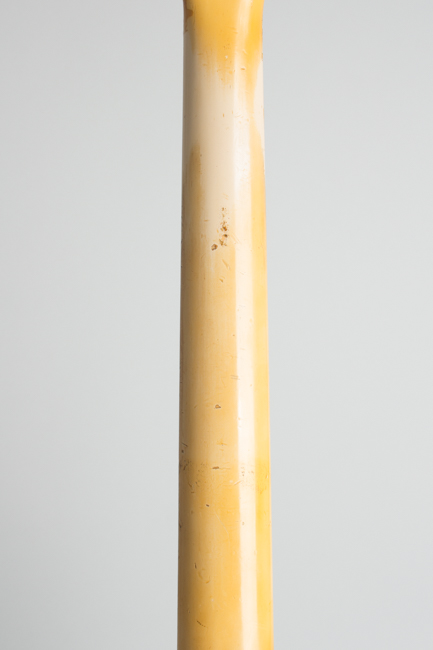 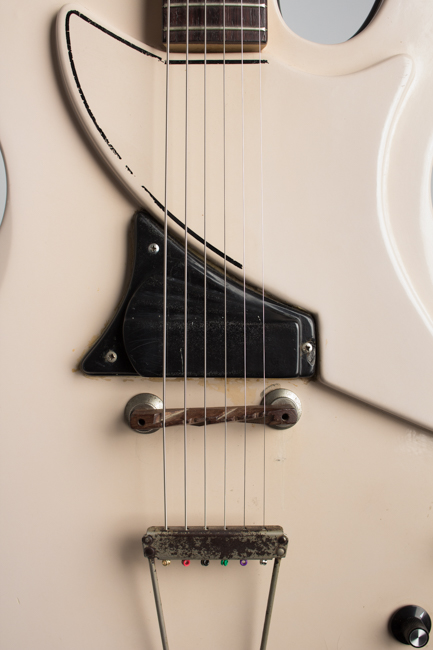 The National Res-O-Glas guitars of the 1960s remain one of the most unique and exuberant examples of American guitar design, and utterly distinctive nearly 60 years on. With a molded fiberglass body and aluminum-cored neck they did not lack for innovative features. The line was perhaps more stylish than entirely practical, however, and is more a collector than a player favorite. While they carry a funky blues/trash culture connotation today, these Nationals were actually fairly expensive when new.

The National Studio 66 was one of the lower end guitars in this series, as the name implies intended for the student market. The design is far simpler and more conventional than most of the line, with an off-white finish on the larger single-cutaway body. The body halves were screwed together over a wooden core, with a rubber grommet strip along the edge. The most unusual feature is the single pickup -- a familiar Valco standard magnetic unit but mounted under a shaped plastic cover faired into a raised center section on the body.

Many of the less expensive Res-O-Glas instruments lack a magnetic pickup at the bridge -- the Studio 66 has ONLY the bridge unit, so the sound may be fairly limited but is bright and snarly, more useful than many other period Nationals. The pickup is governed by standard tone and volume controls mounted along the lower bout, without any of the complex wiring of other period Valco guitars. The Newport Studio 66 is a "lower line" Res-O-Glas National, but still a super cool and utterly distinctive guitar by any standard, and a surprisingly good playing guitar.

This guitar come from the collection of New York maven Elliott Sharp, and was employed in the making of several albums with his Avant-blues project Terraplane. It is an excellent player (better than many period Valco instruments we have seen) but does show wear and some replaced parts. The molded fiberglass body has dings, dents, and scuffs overall, with some superficial checks but no major damage. There is a small chip to the pickup housing by the lower screw. Some of the pinstriping survives on the face, but it is gone below the string line. The neck finish has yellowed and is somewhat worn down, with some dings and chips to the back. The nut has been somewhat sloppily replaced but is fully functional, and the headstock wings have seam separation repairs at the base.

The tuners have been replaced with period Waverly openback strips, and the knobs replaced with similar looking later pieces. The bridge and tailpiece are original, two of the screws holding the tailpiece are changed, and the bridge has some inexplicable small scalloping cut into the top that does not affect function. Many of the necks on these old Valco-made guitars are quite suspect today, but this one is pretty much dead straight with a drop off past the 14th fret, making for a cleaner player than most. A bit funky (but chic) a cool old Res-O-Glas guitar with a bit of hip NYC history attached. Very Good + Condition.
×