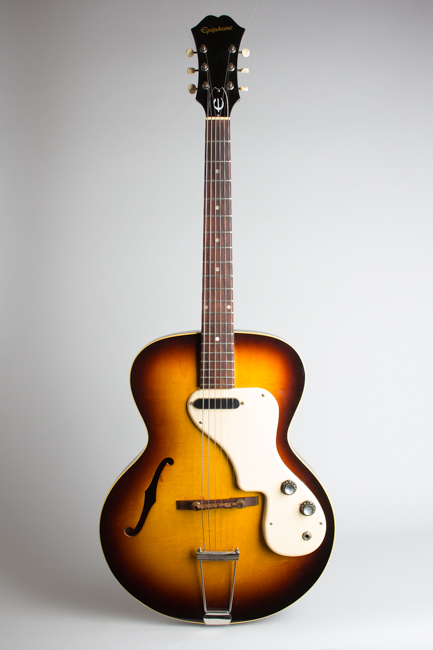 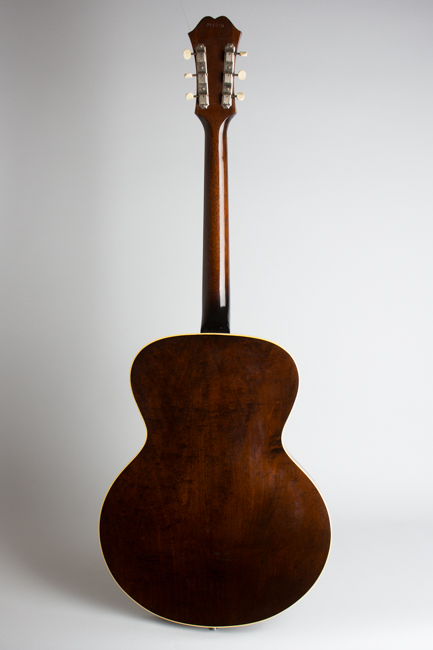 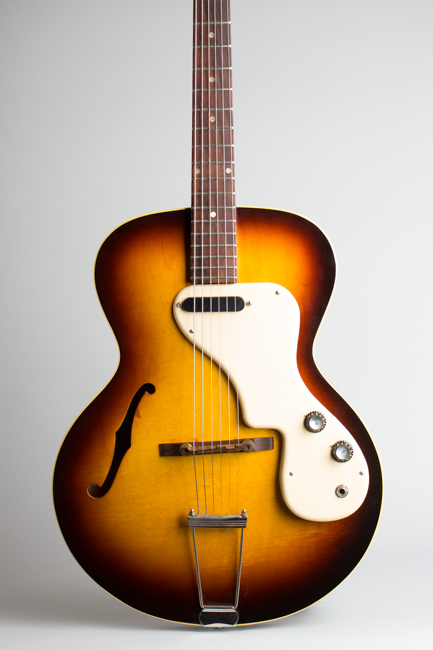 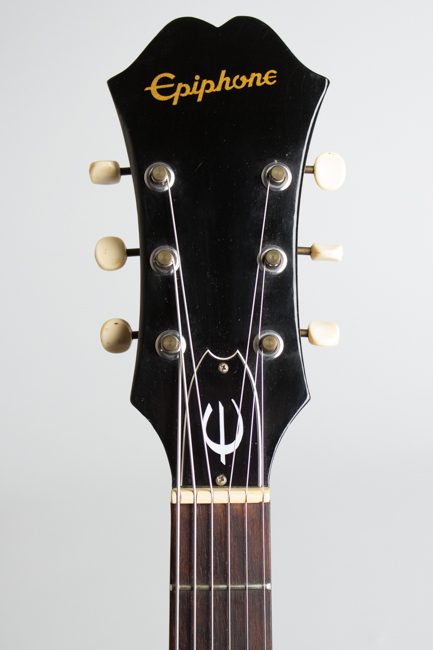 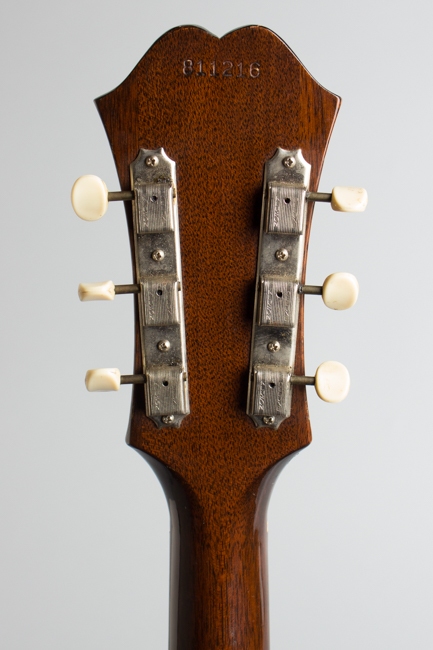 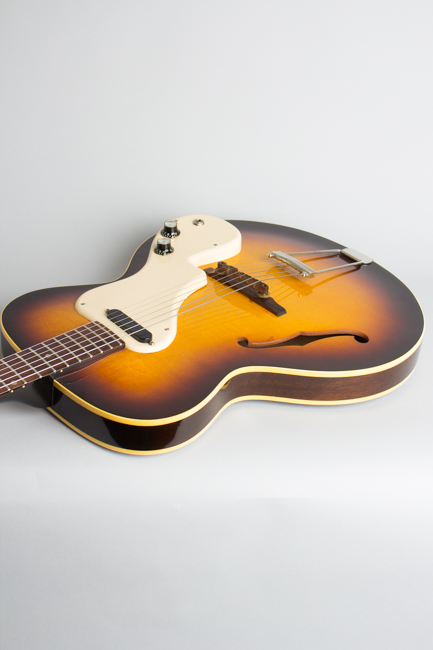 The Epiphone Granada is the doppelganger for Gibson's more familiar ES-120T -- the least expensive hollow body guitar the company offered in the 1960s. This is a thinline fully hollow, non-cutaway f-hole guitar with a thin 1/3/4" rim.

It features a single pickup mounted to a large hollow molded plastic pickguard unit that also carries the controls and jack. The pickup is the same small single-coil unit used in the Melody Maker series, but seems to have more depth to the sound mounted on a hollow instrument.

Other features are typical for the period including the adjustable rosewood bridge, trapeze tailpiece, and Kluson Deluxe strip tuners. The modular construction (the pre-wired electronics unit just dropped onto the body) allowed this guitar to be built to a relatively low price, but it still upholds Gibson's usual standards and is quite a friendly guitar to play.

Although designed originally for students, the Granada is a very good stage guitar for acoustic/electric playing and has a distinct sound all its own, clearer and less bassy than many similar guitars but still with a warmer edge than many. The Epiphone variation on the ES-120T formula was built in much smaller numbers than its Gibson sister and this Granada is the nicest one we have ever had.

This guitar appears little used since the 1960s in close to time capsule condition. There are some very minor scuff marks here and there but it remains all original and extremely clean -- the finish still has its showroom shine and all hardware is complete and intact. A good-playing acoustic/electric and a serious bargain in an original 1960s Kalamazoo-built electric, in the original chipboard case. Excellent + Condition.
×