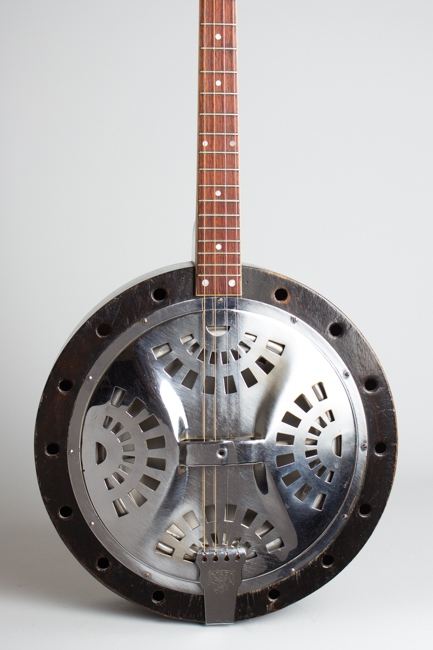 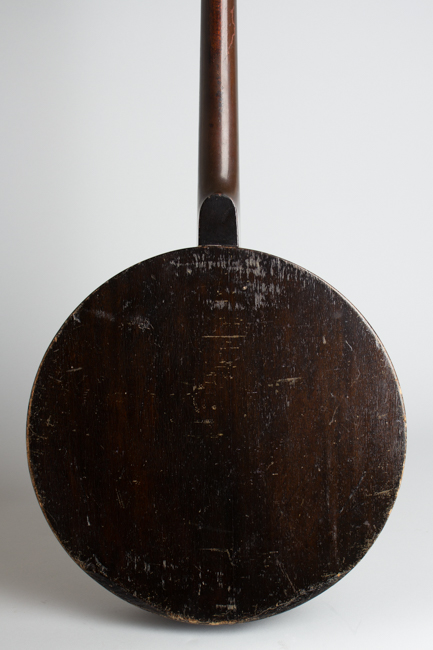 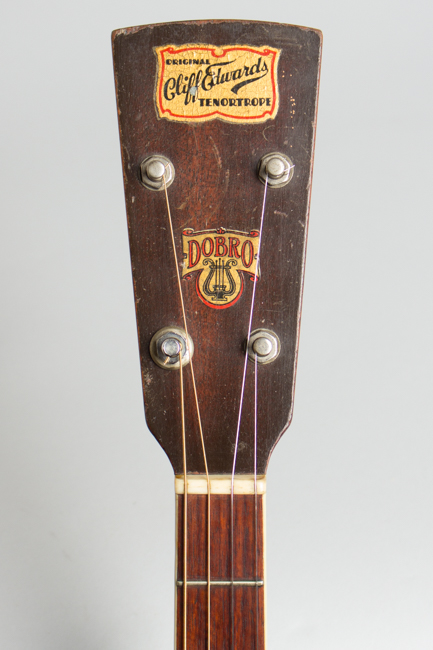 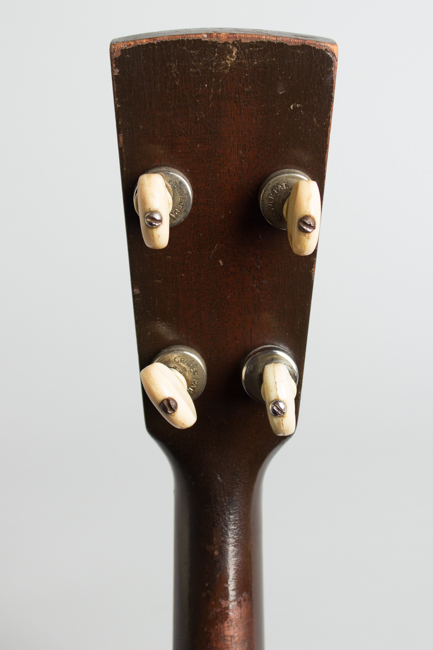 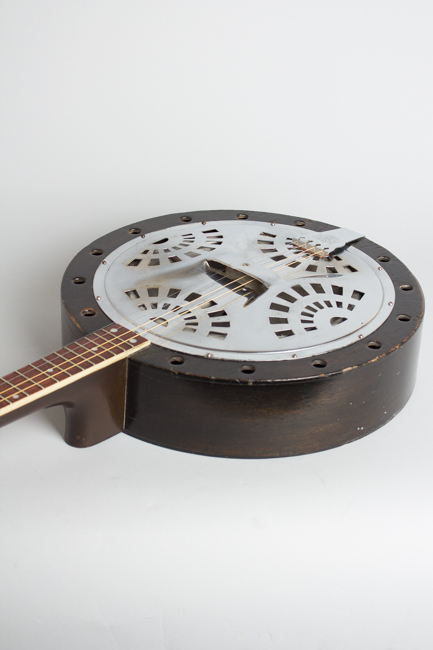 One of the more whimsical creations of the Dopyera Brothers' fledgling Dobro company was the Tenortrope, endorsed and supposedly designed by Hollywood ukulele star Cliff Edwards around 1929. Looking for all the world much like a hubcap with a neck, the Tenortrope was basically a round-bodied tenor guitar built around the Dopyeras' newly designed spider cone resonator setup.

The body is about the size of a period hatbox, just large enough to mount the cone and coverplate with round sound holes arrayed all around the rim. The 4-string neck has a fairly short scale bound fingerboard and is slim and comfortable. This model 45 was the most basic Tenortrope style but all are fairly rare, built only for a few years at the height of the Depression. Edwards himself was rarely seen with one, but it remains a cool and fairly sweet-sounding 4-string resonator instrument with a unique vibe!

This is a well-worn example of this rare instrument that still plays well. It must have served someone well in the past; there is play wear everywhere, with a few filled chips at the rim and a heavy wear spot on the bottom edge with some wood worn away. There is an indistinct scrubby brown overspray on much of the body, running partially up the neck.

The tuners are a mixed bag with three original geared Grovers and one later one. All other hardware including the cone and tailpiece appear original; the cone has a couple of visible small holes inexplicably made in it, but still sounds fine! Not a collector's piece, but a cool and funky player with a veteran vibe, complete in a period chip case that may well be original. Very Good Condition.
×