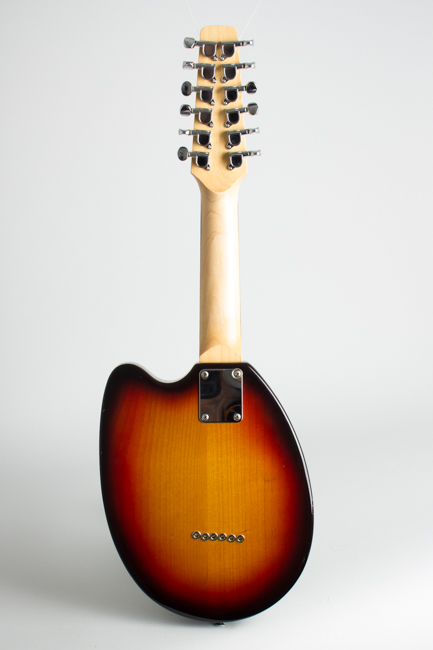 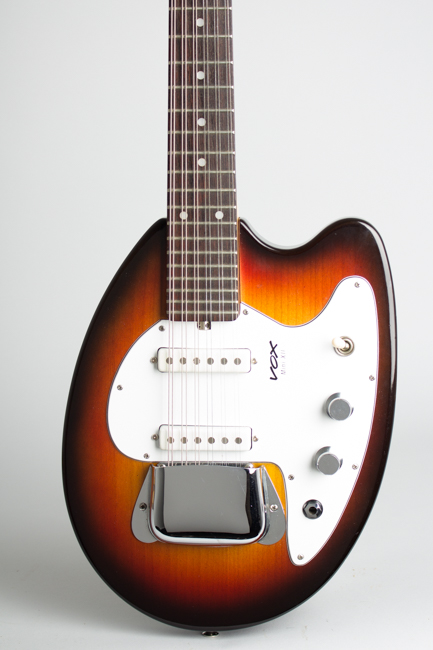 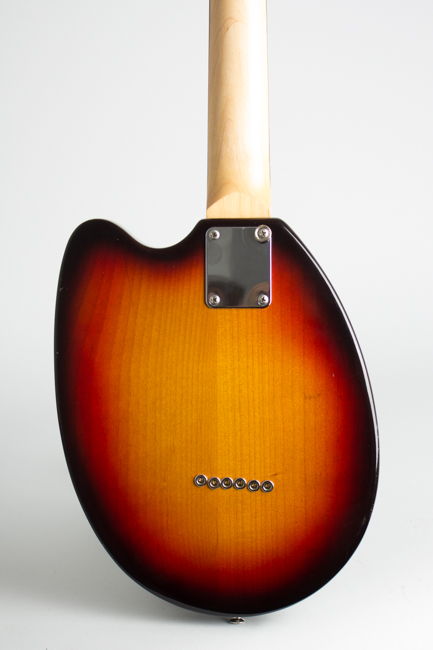 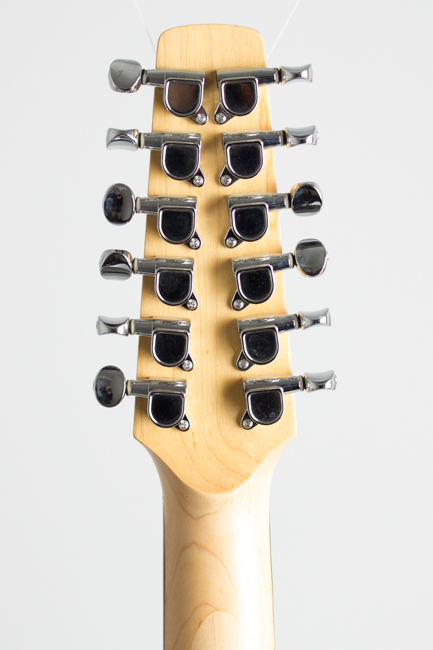 This Mini XII guitar is a 1999 reissue of the original Vox Mando Guitar. The 1966 Vox Mando Guitar was one of the quirkier instruments to emerge from the JMI/Vox operation in the 1960s (and that's saying something!). It never caught on in a big way, but remains a very cool and actually quite functional oddity.

This is essentially a double-strung octave guitar; some describe it as an "octave 12 string guitar", but the strings are tuned in unison, not the octave arrangement of a conventional 12-string. The idea was to make an instrument that played in the mandolin range but was tuned as a guitar, as few of the Beat-era guitarists who were JMI's customers had a clue how to play mandolin!

A few of the first Mand-Guitars were produced at Jennings' Dartford, Kent factory, but the great bulk were built by Eko in Recanati, Italy. With its small artist palette-shaped solid body and short 15" scale neck, this is a very handy instrument, and with two Vox-style pickups has a fairly wide range of tones. There have been a number of similar instruments inspired by this design created in more recent decades, but the Vox Mando-guitar remains the original and coolest of all mini-guitar efforts.

This Mini XII is from a batch of limited reissues that were produced in the USA in the late 90s and early 00s. This one is especially interesting as it is a pre production model. The instrument structurally is the same as production models, but differs in 3 areas: it has no serial number stamped on the back of the headstock, there is no Vox logo engraved on the bridge cover, and it does not have the Vox sticker on the back of the headstock below the tuners.

This instrument shows a few dings and some light play wear, but does not appear to have been used much since new. Plays and sounds fine; an excellent re-creation of this oddball classic. Excellent + Condition.
×